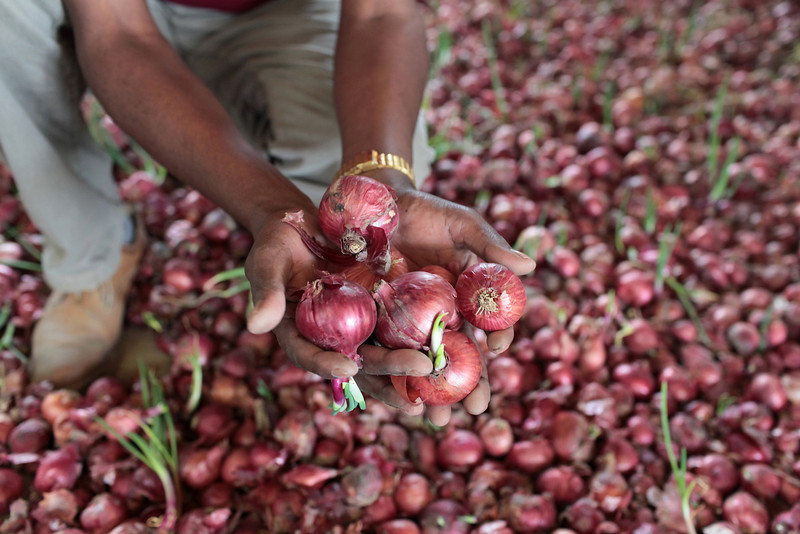 The establishment of five retail outlets in the capital city and of export links for their produce to Europe are testimony to a remarkable decade of growth for one of Self Help Africa’s longest standing agricultural cooperative partners.

Formed in Meki town, Ethiopia, as an agricultural union to represent the interests of 12 producer groups across a district that was the site of one of Self Help Africa’s earliest agricultural projects,  Meki Batu Fruit and Vegetable Growers Cooperative is virtually unrecognisable today from the organization that was created in 2002.

The union has grown from it’s original 12 to now include more than 140 primary coops under its stewardship, and has seen membership grow from an original 527 fruit and vegetable producers to stand currently at 6,500, a quarter of whom are women.

Meki Batu Union’s members have more than 3,000 hectares (7,000 acres) of land under cultivation – producing onion, pepper, potato, beans, papaya and other fruit – and have sourced domestic markets across Ethiopia, including through five retail and wholesale outlets in the capital Addis Ababa, as well as exports markets for their produce in the Middle East, and recently in to Europe, via wholesale buyers in Holland.

The union’s members currently produce and sell in excess of 50,000 tonnes of fruit and vegetables a year, according to marketing manager Tewolde Kufkmarian Wassie. There are plans for future growth too, with better storage and refrigeration, and improved transport facilities all in the pipeline.

Self Help Africa’s links with the farmers in Meki date back to the early 1990s, when the organization embarked on its second long term rural development project in that district or Oromia, in southern Ethiopia.

During work in both Meki and neighbouring Adami Tulu, location of Self Help Africa’s very first long-term development project, numerous irrigated horticultural projects were established, with farmer producers being organized into the primary co-operatives who would, in time, unite to create Meki Batu Cooperative Union.

The economic impact of Meki Baku Union on the wider communities around Meki, Adami Tulu, Marako and Awasa has been considerable, with the union also carrying out a range of social service activities, including the construciton of a primary school, built a number of years ago from a share of trading profits made by the organization.

Each year, the union allocates 5% of its turnover to meeting social service needs in the wider community.

Self Help Africa is currently supporting Meki Batu Union through an EU-funded Smallholder Markets and Agriculture Resilience Transformation (SMART) Programme. The project aims to enhance the social and economic stability of 12,000 households in the Oromia and SNNP regions of southern Ethiopia.