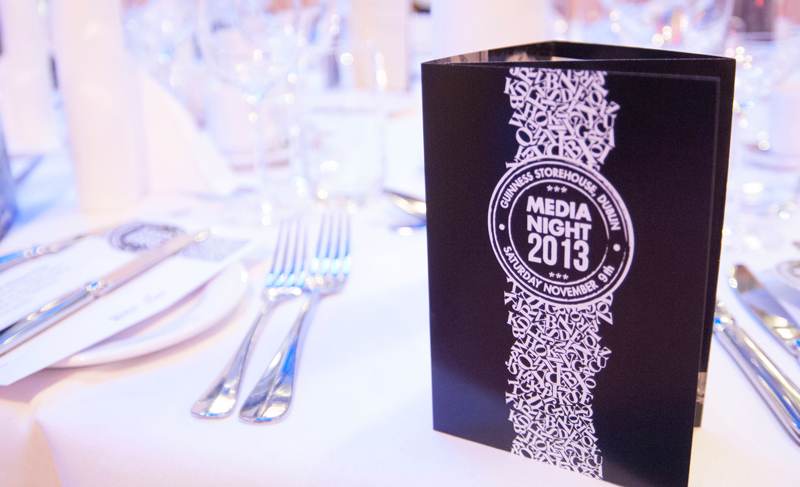 More than 250 guests from across print, broadcast and online media filled Dublin’s fashionable Guinness Storehouse for the second annual ‘Media Night’ benefit in support of Self Help Africa and Irish Motor Neurone Disease.

Organised as both a benefit and a networking occasion for media practitioners, the event was also attended by senior figures within the National Union of Journalists including the union’s London-based general secretary Michelle Stanistreet, Scottish senior union official Dominic Bascombe and Irish organizer Seamus Dooley.  Also the amongst guests was Ireland’s press ombudsman John Horgan.

The event was sponsored for its second year by Diageo Ireland, with guests convening for a drinks reception in the venue’s Gravity Bar, enjoying comic entertainment courtesy of Apres Match’s Risteard Cooper and Gary Cooke – who gave guests an exclusive preview of their take on new Irish soccer management team Martin O’Neill and Roy Keane – while dinner was followed by live Latin jazz late into the night.

Diageo’s director of corporate affairs Liam Reid said that their company had a long association with Africa and was happy to back an event that was supporting the ongoing effort to eradicate hunger and poverty on that continent,  while Seamus Dooley of NUJ described the event as a valuable opportunity for journalists to meet and network, and commended the organizers for building upon the success of their inaugural year.