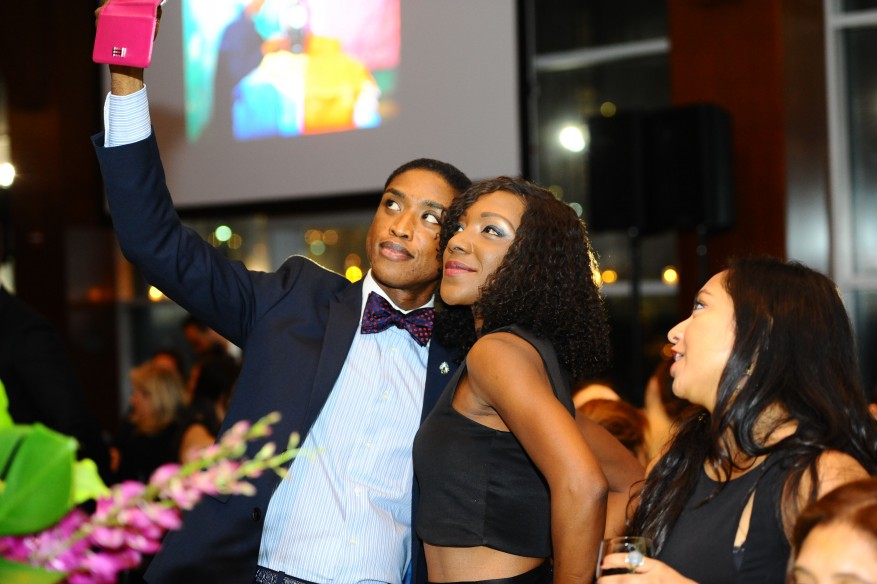 Africa was the winner again this year when a crowd of over 500 people gathered for the annual Change-Maker’s gala ball, to support Self Help Africa’s work with rural entrepreneurs.

“It was a record-breaking night for us, in terms of funds raised to support our programs,” said Self Help Africa’s Ray Jordan. “It’s a really fun event but the key is that it’s a night where we’re building success in Africa. The proceeds from one evening in New York are used to help develop small businesses, increase profits in existing small businesses and ultimately lift people out of poverty permanently.”

Star power on the night was provided by New York Giants cornerback Prince Amukamara, who spoke movingly of his visits to extended family in Africa as a child and his ongoing connection to the continent. “I’m so proud to support the work that Self Help Africa does,” he said as he received the Spirit of Africa 2015 award.

One project that received special attention on the night was the 2015 Scholarship fund, which will see 45 young people from farming communities across Uganda and Kenya receive college scholarships to attend a 16-month course in sustainable agriculture. The target figure for this fund – $112,000 – was exceeded, in a clear display of how passionately the attendees felt about its impact.

Ray Jordan told the audience of meeting a passionate entrepreneur in Uganda just four days previously, in a remote area near the border with the Congo.

“James was a landless refugee from the Congo, who worked as a day laborer on farms for just 50 cents a day,” said Jordan. “He began his success with a donation from Self Help Africa of a beehive. Now, eight years later, he has 98 beehives and farms two acres of land. His four children go to school, and he provides mentoring to other honey entrepreneurs in his area. “

“This is our flagship event to support Self Help Africa’s programs throughout Africa,” said Jordan. “Every year, quite literally, tens of thousands of people see their lives transformed from the support that the Change-Maker’s Ball attracts.”

“What better way to spend a Friday night in October than changing someone’s life for the better in 2016, and having a great time doing it?”.

Photos from this year’s event