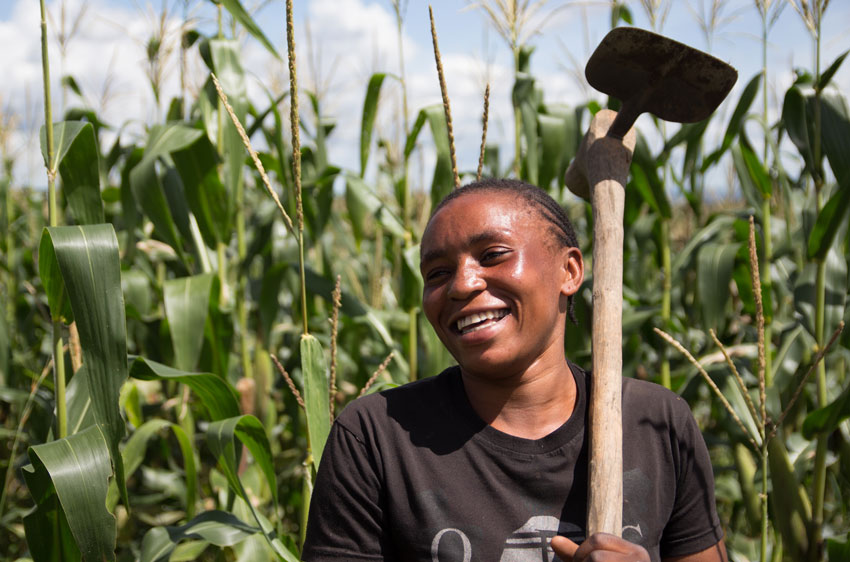 INCOME AND DIETS OF HOUSEHOLDS HAVE IMPROVED

Household incomes of villagers working with a Self Help Africa project in Northern Zambia have increased by twice as much as those of families not involved in the project, according to a recent review.

The project, which aims to improve the lives of 80,000 people in the country’s Northern Province, is now two years into its five-year timeframe.

The recent review found that the number of families with an ‘adequate’ household income increased by 9% in the past two years, from a level of 56% when the project was started to a level of 67% today. Both the quantity and the quality of food available to these families had also improved over this time.

Self Help Africa’s promotion of improved farming methods and provision of better quality seed resulted in an increase of over 70% in groundnut (peanut) yields and an increase of 66% in harvests of soya bean.

The study also reported that 1,800 households – 24% of the target population – are now accessing locally-run savings and credit services. At the start of the project, just 1.7% of target households had any access to financial services.

The project is funded by Irish Aid, and the recent review sampled 422 households in Liwingu and Mbala Districts, where development activities have been focussed.

[youtube https://www.youtube.com/watch?v=n7Chy6p_Iko&w=640&h=500]
* For the five year duration of IALDP Self Help Africa is undertaking a film project that is seeking to capture the story of 24 people living in two villages in the project area.