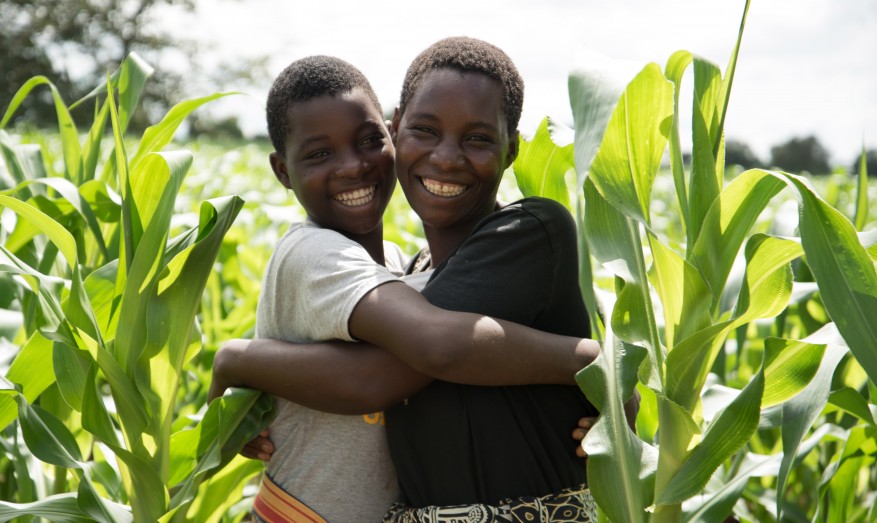 Only last year this harsh life-lesson was dramatically brought home to her when her entire drove of pigs was killed by an outbreak of swine flu that wiped out hundreds of animals in the locality.

Fortunately, Ethel, who farms a small plot in Whunachu village in central Malawi, wasn’t totally reliant on her animal rearing to earn an income. The implementation of new conservation farming techniques she learned on a Self Help Africa training course has enabled her to produce almost three times more maize than she had done a year earlier.

The increased harvest has offset some of her other losses, and helped Ethel stay on-track with her plans to both extend her home, and continue to set up a small shop in the village.

The 36 year-old Malawian, whose husband works as an immigrant labourer in South Africa and hasn’t been home in five years, says that the tragedy of her pigs is now in the past. “I am thinking about the future. When I harvest my groundnuts I want to set up a shop, and start trading goods in the village.”