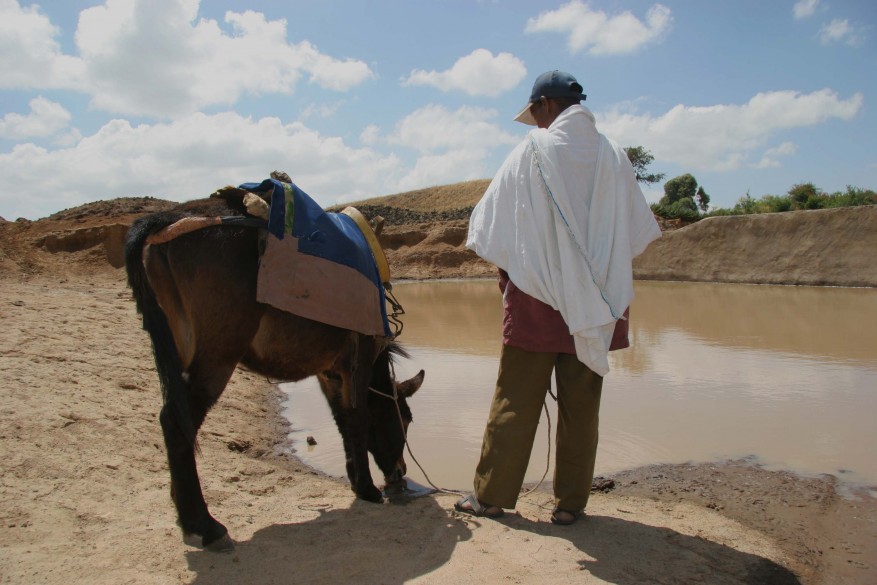 As many as eight million people could face severe food shortages as a result of the failure of Ethiopia’s seasonal rains, with early indications across Self Help Africa’s projects indicating that crop yields could fall by upwards of 20%.

But this situation could have been far worse, had farmers not embraced several newly-promoted farming methods designed to mitigate the effects of water scarcity, Self Help Africa’s Ethiopian Director Dr. Wubshet Berhanu said this week.

The Ethiopian government has announced that more than 3.7 million people will require humanitarian assistance in the coming months, but other observers predict that that national figure could yet be twice that number.

The food shortages are being blamed on a failure of the Belg rains that normally fall in Spring. Farmers rely on these for the country’s second harvest. The lack of rainfall is being blamed on climate change, which has caused erratic rain patterns and disrupted normal seasonal changes in many regions.

Cereal harvesting is currently underway across much of the country, and while crop yields are expected to be down by as much as 20% in some parts, improved farming practices have helped many to avert crop failures, Dr. Berhanu said.

“The introduction of several early maturing crop varieties, and the promotion of crop diversification have all helped households in a difficult situation,” he said. “Mung bean yields are good because they are a fast-growing crop and are in the ground for a short time, but the traditional teff (cereal) yields, and yields of groundnut (monkey nut) are affected, and yields are down,” he stated.

Dr. Berhanu added that the promotion of conservation farming practices such as ‘zero tillage’, a technique that encourages crop planting in a manner that doesn’t require ploughing,  and therefore helps to conserve both water and nutrients in the soil, and the use of ‘smart’ hand-tools like the Arashogel, an ox-drawn plough which achieves similar results, are all helping small-scale farmers to mitigate the effects.

Self Help Africa’s Ethiopian Director warned that households were at risk of food scarcity however when their reduced stocks run out in the New Year, and said that this year’s failure of consecutive rainy seasons underlined the huge challenge that Ethiopia faced as a result of changing climate.