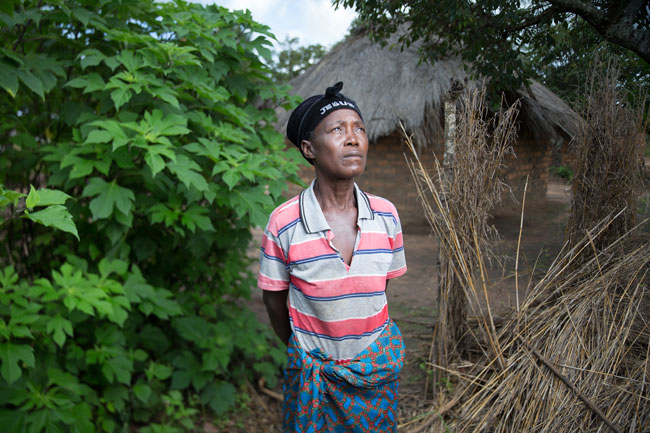 59-year old Felister Namfukwe is waiting for the rains to stop to begin work with her sons on the construction of a new home.

Once the rainy season has passed the boys will start making bricks from local clay. Felister hopes to earn enough from the sale of beans and groundnut (monkeynut) to buy tin sheets for the roof.

A small-scale farmer working with Self Help Africa in Northern Zambia, Felister received planting seed to start growing beans and groundnut alongside traditional cassava crop, and is also earning a small amount from trading made possible by loans from a savings group that was established by Self Help in Nsunda village.

She borrows the equivalent of just a few euro each time, and uses the money to buy fish from across the border in Tanzania that she trades locally.

From time to time she also buys oil and flour to make fritters to sell. A divorcee who separated when her children were young, Felister says that she is better off alone because her husband drank heavily, and was sometimes abusive.

Pointing to her tumbledown thatched house, Felister says that life is improving. “By next year we will have a new home. That is the plan.” 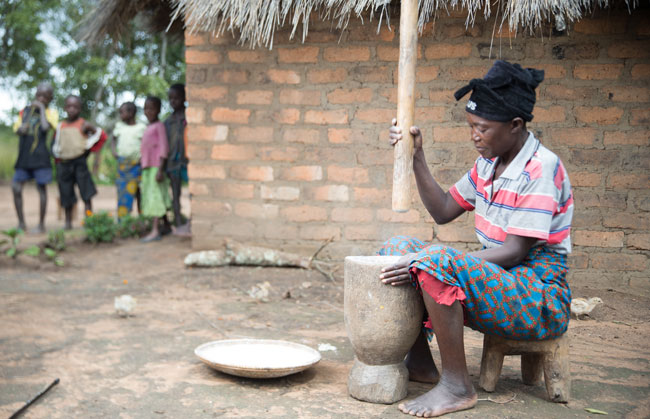