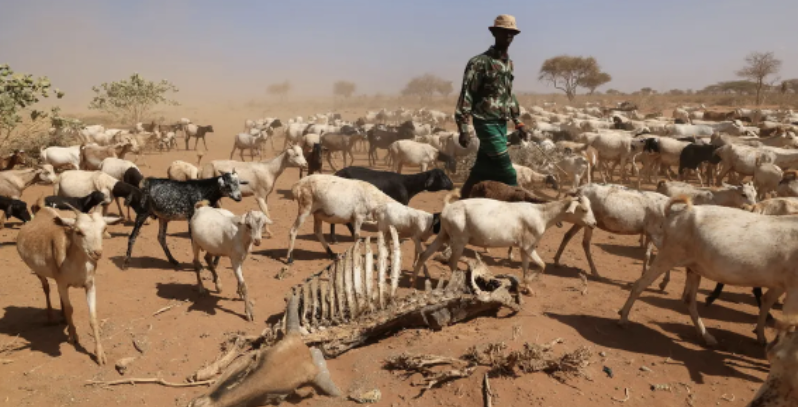 A veterinary operation backed by Self Help Africa is providing vital health services to Kenyan herders who have lost more than a million animals to sickness and drought, since last Autumn.

Operating in hard to reach areas of the country’s far north, Paves Vetagro is on the frontline in the battle to protect the livelihoods of millions of semi-nomadic herders, who are facing the worst crisis in a generation following a third successive year of drought.

“Our livestock are picking up diseases when they come to the few watering holes that remain. There has even been an outbreak of foot and mouth disease in my area.  Donkeys, cattle, and even camels are dying.”

Training is also delivered to community members so that they know how to administer drugs properly, and can recognise symptoms of disease in their animals at an early stage.

Alongside their mobile van clinics, Paves have also established a number of village depots and drop-in centres, where farmers can come to purchase medication and get advice.

Dennis Mayaka of AgriFI pays tribute to Paves Vetagro, and says that while NGOs and government agencies have been doing what they can to respond, private businesses have been slower to get involved.

Based in West Pokot, Paves Petagro is working with  400 agro-dealers and local agents across 13 counties, and is offering advisory and clinical services, training, and ­­­other support to herders.

75% of cattle herds in Kenya are kept by semi-nomadic pastoralists who travel from one place to another to get grazing and water for their animals. According to Kenya’s National Drought Management Authority (NDMA),  up to 1.5 million livestock, mainly cattle and sheep, have died since last October because of drought and disease.