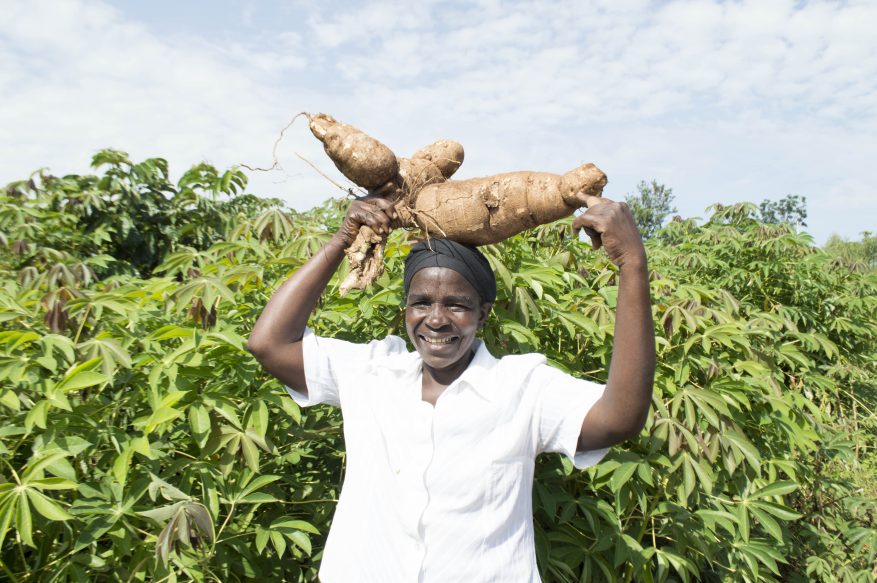 Damaris Oloo says her daughters’ early marriages were a consequence of a life of poverty.

Had her small farm in Homa Bay in Western Kenya been as productive then as it is now, their futures could have been different.

A successful cassava producer who now sells the tubers that she grows on a nine acres holding for milling at a local cooperative, Damaris recalls the heartbreak that she felt when the girls first moved away.

“My daughters married early because of poverty. At the time we had nothing – we had very little to eat, no beds to sleep on… I used to farm less than an acre of land. We harvested little. I couldn’t afford to send my children to school and they suffered from anemia and other malnutrition-related diseases,” she remembers.

Upon joining a local Self Help Africa project in 2016, Damaris became a cassava farmer and seed entrepreneur. She was trained in how to farm cassava, how to recognize pests, analyse the weather, and transform her family farm into a viable business.

Damaris now has crops growing on nine acres. With her additional income she has been able to move her family out of an old thatched house into a brand new home that has electricity and a toilet. Her youngest children are attending boarding school.

Damaris says that her daughters left home at 12, 14 and 16 years old respectively, and that she currently cares for her daughter Pauline’s four children.

Pauline, who married at aged 14, says that she moved her children in to live with her mother so they could have a better life.

“My husband drinks and doesn’t provide for my children. I decided that they would be better off with their grandmother. We are happier. There is food on the table and they are all attending school.”

Damaris Oloo is one of 12,000 farmers (including 6,500 women) who are being supported by Self Help Africa to produce cassava  in Western Kenya.