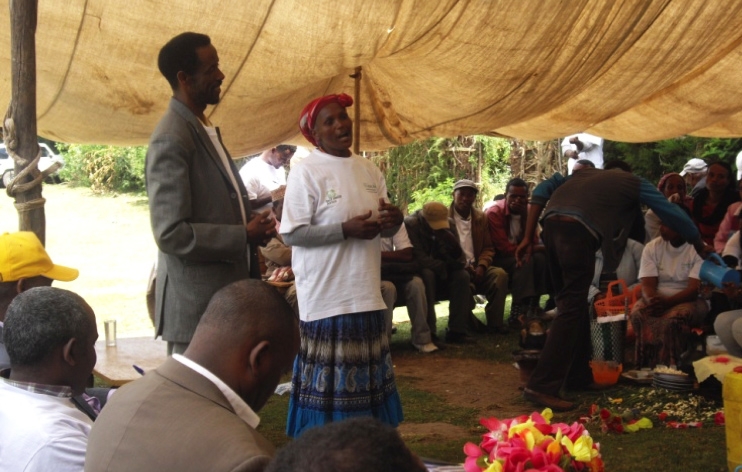 Aster Molammo is a voice for change in her local community.

She dreams that one-day women will have the same rights as men in Doya Gena district of Ethiopia’s SNNPR, and as a member of a local farmers’ cooperative is working to make that change a reality.

A small-scale farmer in her village, Aster has seen her own household income increase since she joined Amecho Wato Farmers Co Op less than two years ago.

Now she wants the same for other women in her community. One of the first women to join the predominantly male co op, Aster says that things have changed in the past year, and that today, over 35 of their 120 members are women. Recently elected vice-chairperson of the group,

Aster says that she wants to see equal participation for women in the future. “When we started to produce seed as a commercial enterprise there was a hot debate over who should be involved”, she says. “It was a tiresome argument, but eventually our points were accepted, and 23 women-headed households were recruited to become seed producers, together with a further 19 married women.”

Community-based seed producers serve a vital role in supplying quality seed in Ethiopia – where up to 90% of rural poor farmers cannot access quality seed. As a result, seed producers earn more from their harvest than they would as traditional grain producers. Self Help Africa supports equal representation of women in the Ethiopian farmers cooperatives that it supports.

Women account for over half of the farmers in the country, and carry out up to 70% of the manual labour on many small farms.
Check out the video below about the role that women play in small-scale farming in Africa: