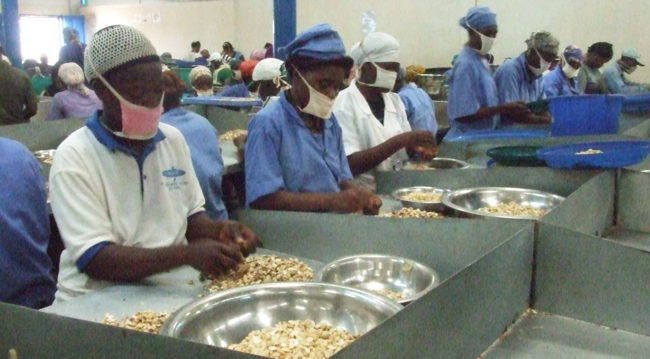 March marks the final month for West Africa’s cashew harvest and 2014 looks like being a very positive year for smallholder cashew growers in the region.

While the Benin harvest has been good, regional and global prices for cashew remain strong, which should lead to significant increases in incomes for farmers.

Self Help Africa has been working with cashew farmers in Benin since 2012, supporting efforts to increase productivity through better farming practices and the introduction of new trees.

Traditionally, the average crop per tree in Benin is around 4kgs, while studies have shown that crops of up to 40kgs per tree can be achieved under optimal conditions.

The Pepsica project, centered in two districts north and south of the regional town of Parakou in central Benin, sees Self Help Africa working with groups of lead farmers to improve farming practices.

The project has established a ‘model farm’ near a processing facility operated by the project partner Tolaro Global, where local farmers can view the effects of these improved practices. Four new nurseries are supplying improved trees to farmers, who are in turn being encouraged to sacrifice older, less-productive trees and introduce a range of improved orchard practices.

The project, which is supported by the African Cashew Initiative, by Self Help Africa, and by an international food and beverage company, aims to increase harvests by an average of 20% within 24 months.

Self Help Africa hopes to launch a regional project later this year, to work with cashew farmers not only in Benin, but also in Burkina Faso and Togo.