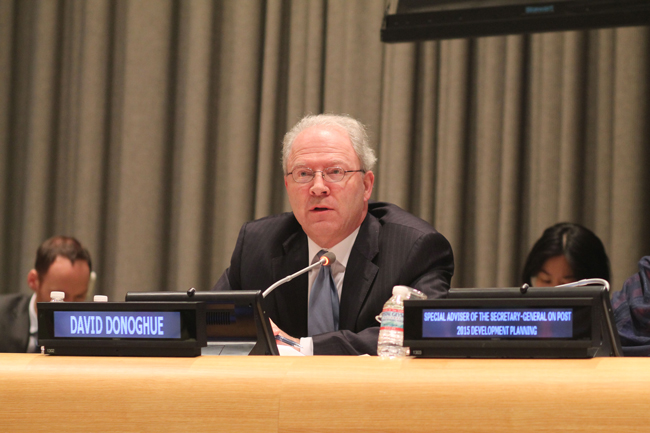 Self Help Africa is ‘ahead of the game’ in its focus on smallholder farmers and promoting a ‘climate smart’ approach to agriculture, according to one of leading facilitators of the new Sustainable Development Goals (SDGs).

Ireland’s permanent representative to the UN, Ambassador David Donoghue, is one of two co-facilitators in the negotiations for the development of the new goals, which are set to succeed the existing Millennium Development Goals this September.

In an interview with Self Help Africa CEO Ray Jordan, Ambassador Donoghue said that the challenge of the SDGs was to bring successful practice to scale, and to ensure that the three dimensions of sustainable development – social, environmental and economic – were integrated into every programme.

“We must also ensure that vulnerable and marginalised groups, including women and girls, are empowered through our efforts,” he added.

The Ambassador to the UN described the current negotiations as a once-in-a-generation opportunity, adding: “we have no option but to seize it. For the new framework to succeed, we need everyone working in the same direction to support it.”