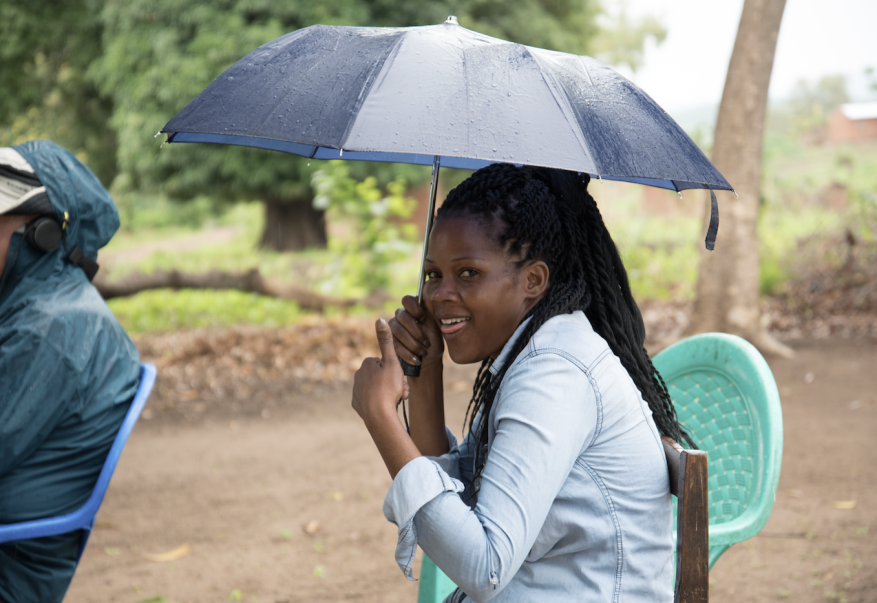 It is now well recognised that women and girls in the so-called Global South bear the brunt of the impact of climate change – despite being least responsible for causing it and having the fewest resources to deal with this worsening crisis.

Climate change pushes people further into poverty, creates conflict over diminishing resources and land, and forces migration –all of which place women and girls at greater risk of exploitation and abuse.

Women and girls in Malawi are no exception. Despite being one of the world’s lowest carbon emitting countries and among its poorest, Malawi ranks fifth in the Global Climate Index 2021 list of nations worst affected by the extreme weather caused by climate change. It faces increasingly unreliable rains, as well as cyclones and droughts.

Malawi is heavily dependent on rain-fed agriculture and more than half the population is food insecure. The effects of climate change combined with the impact of war in Europe and the COVID-19 pandemic mean food production costs are rising and, as more than half of the country’s smallholder farmers are women, women and girls are particularly vulnerable.

When harvests are poor, these women farmers have little else to sell to pay for their family’s basic needs, such as food, medicine and clothes – forcing them to seek alternative income sources.

Not only does this desperate need to provide leave these women more susceptible to sexual exploitation and trafficking, but it also places pressure on girls to drop out of school to do domestic work or to find alternative employment. They experience higher rates of child and forced marriage and are having to travel further to collect water and firewood – leaving them more vulnerable to sexual assault but also taking up time they could be using to earn or learn.

Grassroots organisations in Malawi – such as People Serving Girls at Risk and Equality Now – have voiced concern that the current legal system is failing to adequately protect women and girls from sexual violence, exploitation and trafficking – all of which are being exacerbated by the climate crisis.

As the world’s temperature continues to rise, its wealthiest countries, which are responsible for some of the highest emission rates, have a responsibility to address the causes and impacts of climate change. Countries’ laws, policies and funding must better support and protect the generations of women, girls and other marginalised groups who find themselves in need and at risk.

In Malawi, Self Help Africa is working on a combination of directly implemented and partner-led projects to support smallholder farming communities achieve sustainable livelihoods, in line with the government’s current Growth and Development Strategy II.

Tiwonge Ng’one Kampenda, a journalist from a rural community in northern Malawi, is attending COP27 with support from the UN Development Programme and the Irish Embassy in Malawi. She will be filing a series of reports for Self Help Africa from the conference.