One Million Trees - A Campaign Success

On a small hill over looking Lake Ziway in Ethiopia’s Great Rift Valley, a group of schoolkids gathered to plant trees.

The event in spring 2021 marked the  formal culmination of a year-long cam paign to plant one million new trees in  Africa.

The 30 small saplings that were planted  by the children and their parents out side Abossa village brought to 480,000  the number of tree seedlings planted at  Lake Ziway, and to one million the trees  to have been planted by the campaign.

Launched in February 2020, One Million  Trees set out to plant a million trees in  Africa, as well as 100,000 native trees  in Ireland and the UK. Sponsored by  Ireland’s premium yogurt producers,  Glenisk, and featured on millions of  pots of organic bio pot yogurt, the cam paign captured the public imagination.  Thousands of people donated, while a  number of corporate backers also came

on board and lent their support.

While Self Help Africa and our local  partners in Africa planted trees in proj ects from Uganda and Kenya to Burkina  Faso and Ethiopia, a partnership with  environmental NGO Trees on the Land  helped plant native trees in Ireland.

Supporters who signed up to support  the campaign – in some instances  contributing just €5 to plant 10 trees  in Africa and one native tree in Ireland  or the UK – received reports of where  their trees had been planted, including  GPS coordinates of each tree planting  location in Africa.

The campaign message was simple and  effective - ‘you can plant trees, offset  your carbon footprint and make an envi ronmental difference, while also contrib uting to the lives and the welfare of rural  poor communities in Africa - where trees  are a source of food, income, shade,  shelter and much more.’

In March 2021 a new collaboration,  Another One Million Trees was launched  with Glenisk, with a similar goal to plant  trees in Africa and Ireland, while an  additional dimension was added as Irish  companies were invited to plant trees  to offset the carbon footprint of their  businesses. 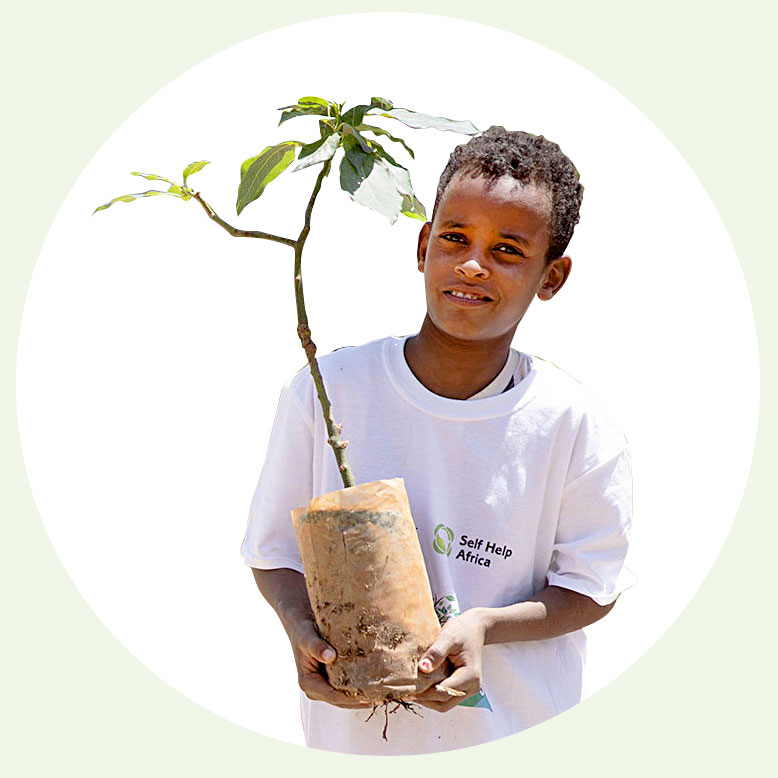 We know children are passionate and very knowledgeable about climate change and the main causes of it, and we firmly believe that getting them to plant trees could be the perfect way for them to become part of the solution. We hope using your tree planting as a starting point, you can share information about trees both in Ireland and Africa to extend pupils’ learning inside the classroom.

The resource material has been developed by teachers and complements the current curriculum and provides a short lesson plan on native Irish trees and African trees. They are available for 4 groups: 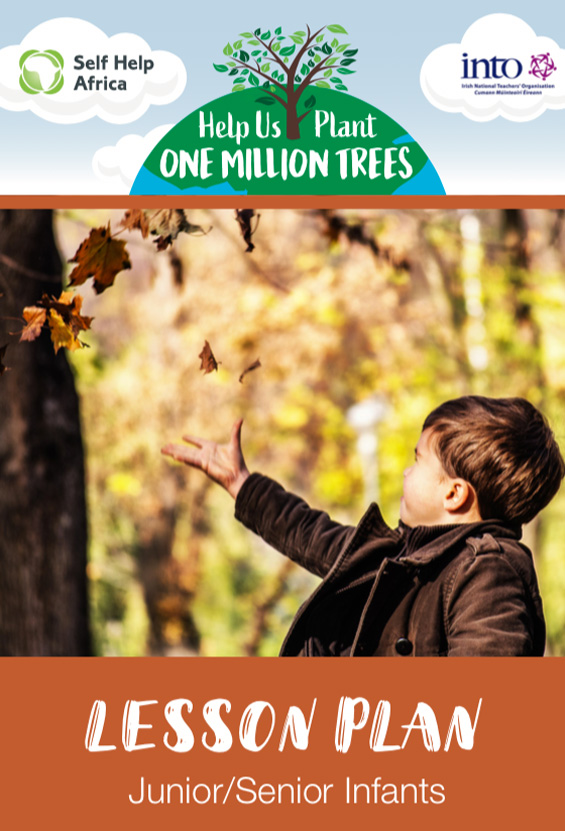 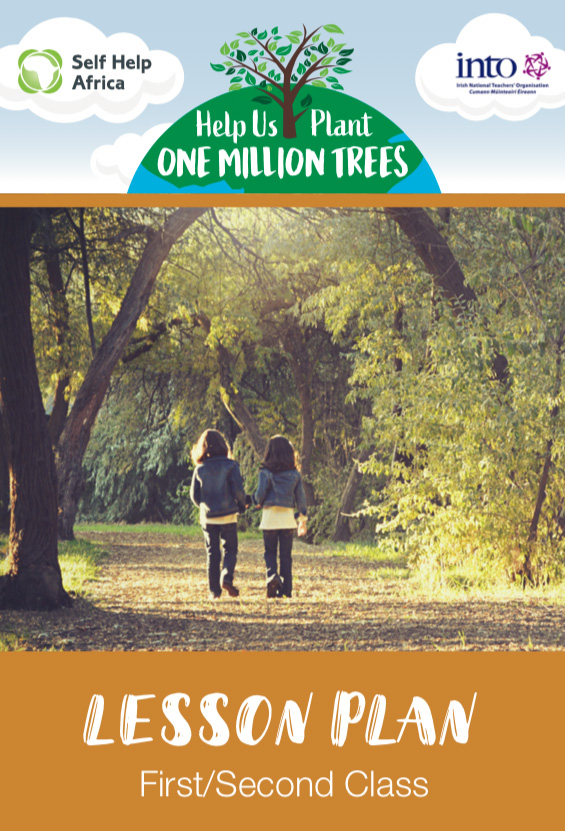 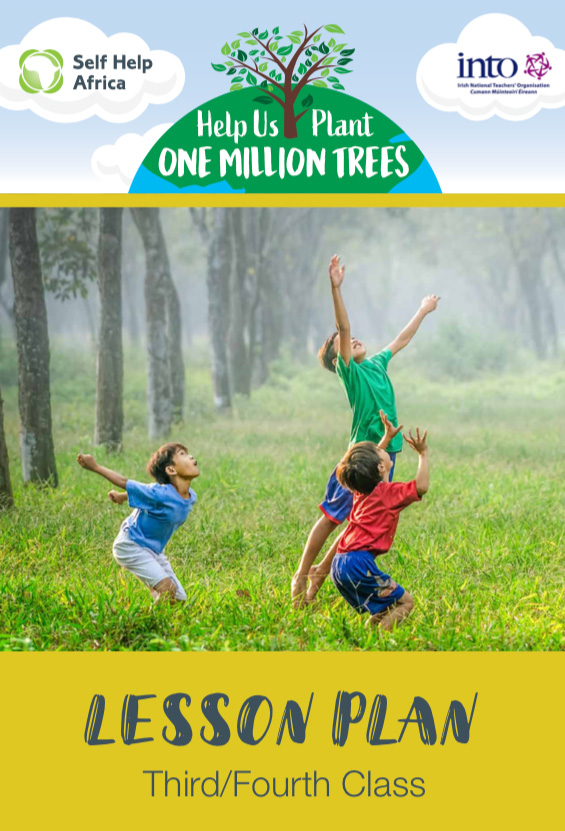 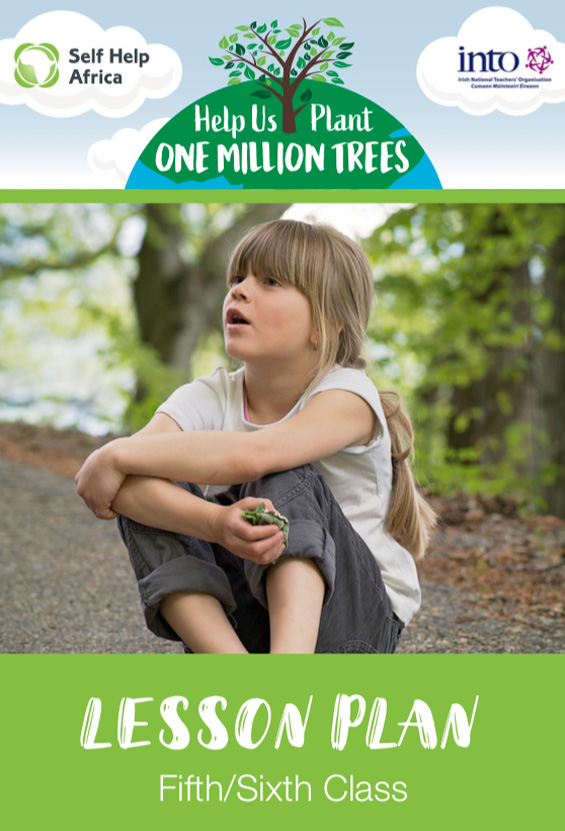 This initiative is proudly supported by the Irish National Teachers Organisation (INTO). 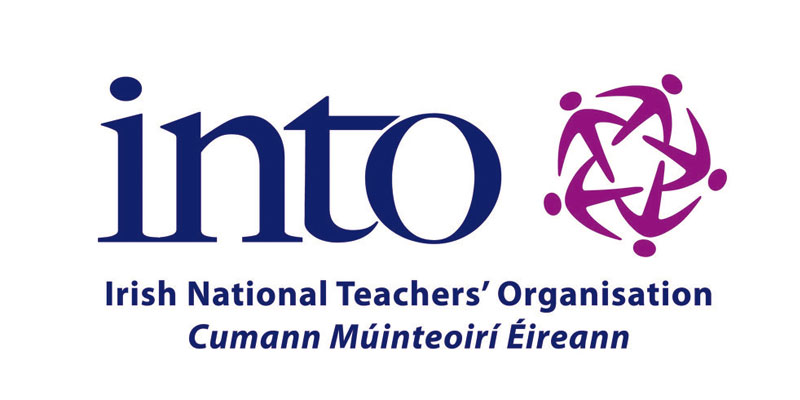 In Africa, the people least responsible for climate change are feeling its worst effects.

Find out more about Self Help Africa's work on climate change

Self Help Africa works to help protect smallholder farmers in rural Africa to help fight against the worst effects of climate change.

View info on our other work in tree planting and climate change.

View other stories relating to our work in Africa.

View our Tree Directory to see all the different trees we will be planting.

and help to plant the planet! 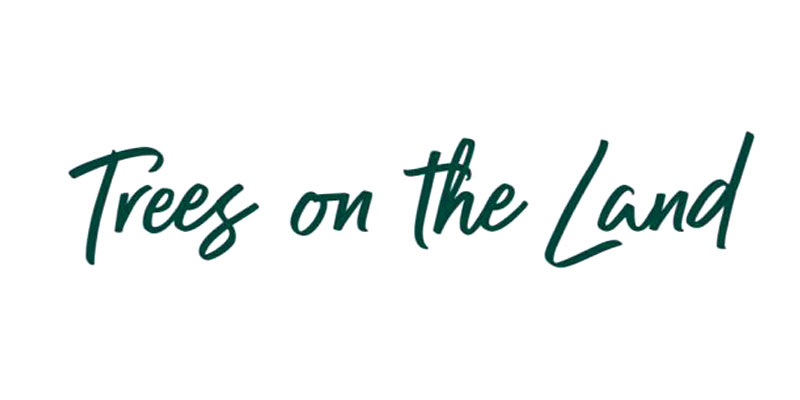