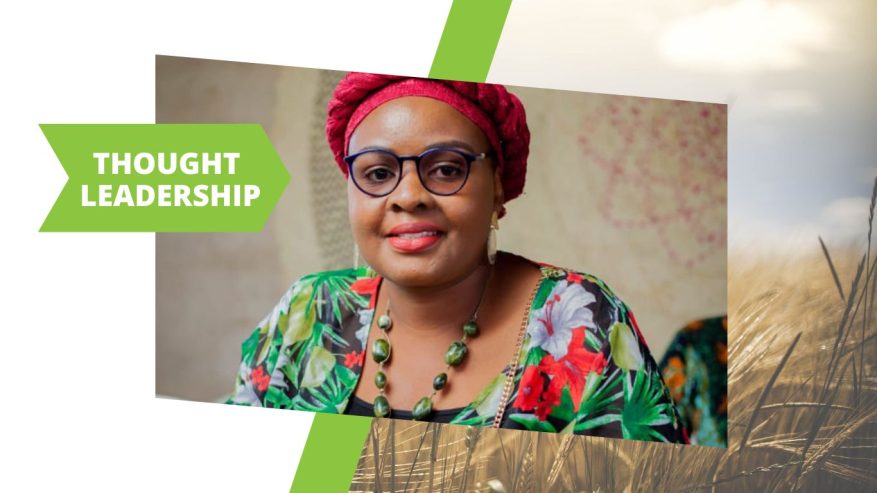 Over the years, various initiatives and projects have sought to empower rural women in Africa to meet their potential by mostly targeting women. But to eliminate the deep-seated gender stereotypes and discrimination holding women back, it’s vital men and boys can see and understand the value of equal opportunities too.  Making men and boys ‘allies’ in gender justice and equality increases the chance of real change. It also helps to limit the risk of violence from those who may feel threatened by that change.

At Self Help Africa, we engage men and boys to help transform gender relations and social inequalities in the communities we are working with. Here’s how we are engaging men in the race to close the agriculture gender gap:

Gender equality and women’s empowerment are essential for agricultural programmes to be effective and achieve the best outcomes. However, discriminatory norms and biases limit women and girls’ meaningful  participation.

By raising awareness of the importance of gender equity across our projects among communities and involving men and boys, we can increase women’s access to the knowledge, skills, resources and technologies that will not only improve their economic and social status but also contribute to their community’s development – increasing food security and reducing poverty. Self  Help Africa’s initiatives are working on changing deep rooted narratives around masculinity, gender roles and power relations between men and women.

In rural Malawi, Self Help Africa are using creative formats, including a comic – to bridge the gender gap in farming. The comic is part of Self Help Africa’s KULIMA BETTER project, funded by the European Union

The comic book, and corresponding training – has been supporting communities to learn more about, discuss and progress, gender equality.

We understand that households can be complicated and tasks, resources and benefits are not always equally distributed among family members.

The comic features brightly coloured illustrations that represent different gender issues, such as budgeting, joint decision making, being responsible citizens, gender based violence and nutrition. It also demonstrates how positive change can be achieved in each of these situations, by creating a more equal role for women where they can claim their power in a safe space within the family and the wider community.

By asking questions through images, both the comic and the linked training aim to support families to work and make decisions together. Men learn to share their power, creating greater harmony and wellbeing at home.

The no-text format makes it accessible to everyone, regardless of language or literacy levels. This is important, with an adult literacy rate of around 62% in Malawi. The comic is regularly used to facilitate group discussions among the men and women who attend Self Help Africa’s Farmer Field Schools – so everyone can learn from and with each other.

Let’s explore a brief example of how the comic book is having an impact at the household level. Ikombe  village chief and farmer John Mtambo used to make all the household market and expenditure decisions alone.

But since reading the comic book, John and wife Evelyn now work together to plan how much they sell and save, as well as what they should do with their income.

Evelyn Mtambo says “Before the introduction of the gender training, John made all market and expenditure decisions by himself. This was just like most of the husbands in the village. The situation is now different. Now, we plan jointly on how much to sell and how much to save and what we should do with the income.”

“I was inspired to become a gender champion after reading the comic” says John. “I’m reaching out to other community members, using the comic book during our village meetings. I’m trying to help other men understand gender inequalities and promote best practices.

Household spending is a common issue amongst families. Men are usually making these decisions, despite women producing around 70% of food on small farms.

“Imagine having worked so hard, and then you don’t reap the fruits of the harvest. This was so demotivating for  women. However, through the comic book families are learning to jointly make decisions on everything at home” says John.

The comic book is an integral part of our efforts to support sustainable agricultural growth in Malawi by engaging men as well as women in efforts to address farming’s gender gap.

Nearly half of the world’s farmers and farm workers are women. In Africa, that figure can be higher than 90 per cent. But gender inequalities and long-held social and cultural ‘norms’ mean women are not accessing the same levels of technical or financial support as men.

Smallholder farmers need secure and sustainable access to resources such as land, water and forests for food and livelihood security, but these resources are often owned or controlled by men or male-dominated authorities. This means women farmers must negotiate or even pay to access them.

Women smallholder farmers are also typically located at the ‘base’ of the agricultural economy. Women are often involved in manual labour, such as collecting fruits and nuts, growing crops or small-scale processing.

Not only is this unjust but it is limiting their production potential, denying many millions of people access to safe, nutritious and sufficient food year-round and delaying world progress in eradicating malnutrition.